While all upcoming issues will be available for free reading on the website, please consider preordering Kindle editions to help support the magazine. Each Kindle edition also features an exclusive bonus story. 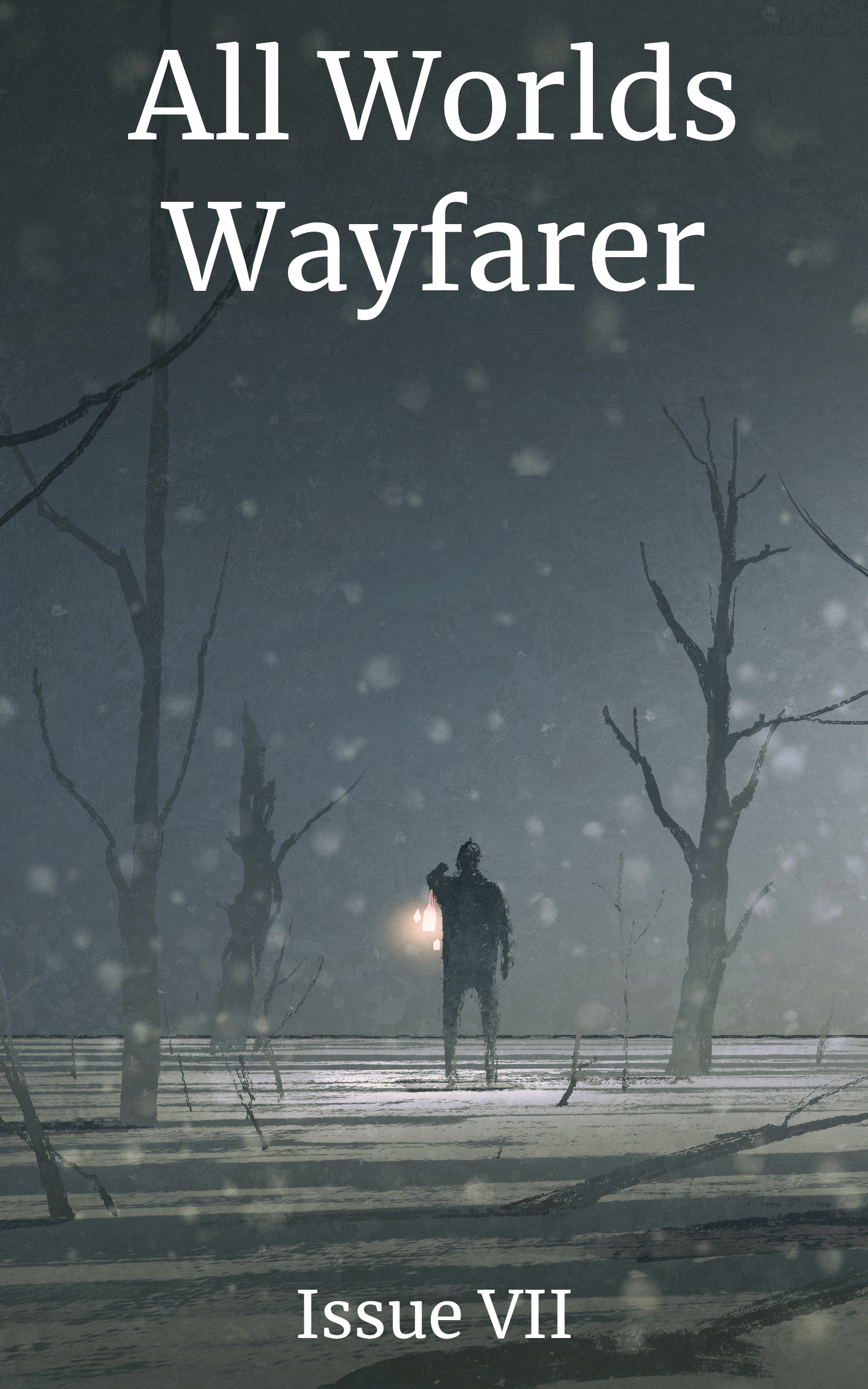 Monster by Demi-Louise Blackburn
"The light divides, and the submarine follows, drifting like some bloated carcass settling down into the sand."

Like Shipwrecked Stars by Scott Beggs
"It turned out that superheroes were perfect for fighting crime but not beating it."

Orbital Lullaby by M. Douglas White
"'We could have enjoyed a perfectly normal life back on Earth!' I yelled. 'You could have let other people chase salvation.'"

The Fawn by Andrew Hodges
"There was something distinctly profane about the pitiless wounds, and I felt the creature’s eyes interrogating me to find a reason for the pain that we had brought into the world."

Firemaker by Jonny Eberle
"His dreams were growing more vivid all the time. It was a side effect of the strain of time travel on the human mind."

Song of Stillness by Benjamin Kugler
"The marriage of force and desire spilled from the woods as a carrion sea, singing its war-song."

Something Rare and Beautiful by Lisa Fox
"They didn’t question the ways of The Order, even as their own children were marked from the moment they entered this world."

Un Comienzo by V.T. Dorchester
"He feels a terrible anticipation, a certainty there is something he should see, if he could only find the right focus."

The Sum of the Parts by Tricia Lowther
"Pictures within pictures, codes within codes, worlds within worlds."

The Loneliness of Lions by Sarah Philpott
"Arawn knew better than to think himself the stronger predator, not here, not in this place."

Now Arriving on Track Four by Michael Merriam
"The ghost train pulled into the station as I draped the canvas sheet over my kiosk."

Cloud Streets in the Sea of Okhotsk by Jessica Reisman
"When he sang, like foxfire, he drew life to him."

The Kindle edition will also include a bonus story by editor Geri Meyers.