Submerge yourself in anticipation and mystery with 12 stories spanning the speculative fiction spectrum.

Kindle Edition
If you'd like to support the magazine or own a copy for your library, please consider purchasing the Kindle edition. Or, to maximize the money that goes to All Worlds Wayfarer per sale, buy it from our own bookshop.
The ebook edition also contains a bonus story by editor Rowan Rook.

Preflight by P.G. Streeter
"By the afternoon's fading light, the lake looks like the frozen surface of another world—but she has visited these before."

From Out of the Glamour by Dale L. Sproule
“I’m a girl, not a goblin!” she snapped, surprised at how strange and creaky her voice sounded.

Stranger Than a Swan by Mary E. Lowd
"The two beings stared at each other, bright brown eyes and glowing red eyes, sizing each other up."

Ella's Roses by Sarah EA Hart
"Blood. One single, tiny drop of blood. One perfect little bubble of welled-up red blood, shivering on his hand, ready to spill with the slightest tilt of his palm."

My Dearest Astrid Doppia by James Edward O'Brien
"Sometimes I wonder if I made the wrong decision coming here. Other times I just wish that you were up here with me."

Ernest in All Seasons by Michael Robert
"Ernest became a recurring subject in my sketchbook, always depicted as a king doing kingly things."

Le Saga Electrik by Logan Thrasher Collins
"In the great domain of Zeitgeist, Ekatarinas decided that the time to replicate herself had come."

The Sin Jar by Elizabeth Guilt
"What did they do, when the knowledge of things they had done became too much?"

Facing Your Fears by Martin Lochman
"Then the memories come flooding right back: the crash, coming up to the surface of an endless ocean."

The Woman in Blue by Carol Holland March
"Not until he met the woman in blue did he learn that the silver thread belonged to him."

After by Em Harriett
"'No, humans raised the water like gods and reaped the consequences. If you’d stayed in the drowned city you would have died.'"

A Garden for a Heart by Nicki Vardon
"The seedling wrapped its way around his thoracic spine and sprouted buds and petals that unfurled into a wild rose."

While our current issue is free to read on our website, it's also available as an ebook. If you'd like to support the magazine or own a copy for your library, please consider purchasing the ebook.

The Executioner by Rowan Rook
“'You could have changed the world.'”

The Kindle editions of past issues are also available for purchase, as are our anthologies. The best way to support us is by buying from our bookshop, but any sale makes a difference. Each one helps us keep the website live and pay contributors. 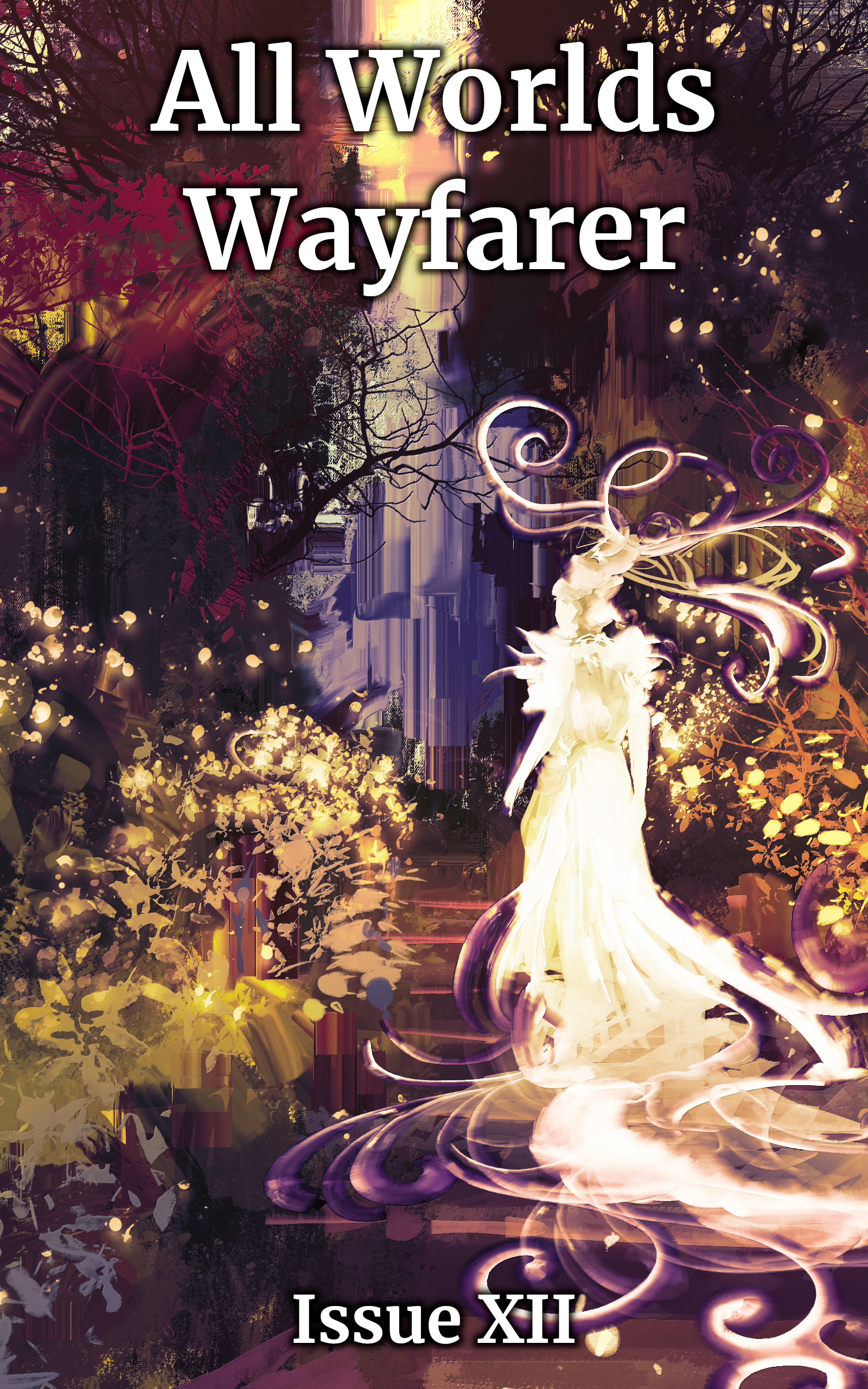